Walter William King (1869-1928) was an early twentieth century businessman and prominent community member. He was president of the King Lumber Company which he founded in 1899. 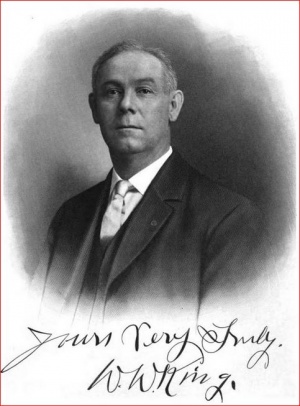 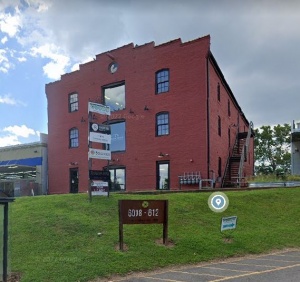 On June 13, 1922, King ran unsuccessfully as a candidate for one of the three seats available for Charlottesville City Commissioner in the 1922 election. His campaign slogan: “A BUSINESS MAN FOR A BUSINESS PLACE”. King placed fourth in a seven-way race.

King was Republican in politics and a strong fraternalist; holding membership in a number of orders, such as the Masons, Elks, Eagles, Odd Fellows, and Maccabees.

King was born at Wildwood, Virginia, on August 6, 1869, son of James Franklin and Willie (McLane) King. His father was a farmer. After attended country schools in Fluvanna county for seven years, King began his working life as a carpenter. He was married at Charlottesville, Virginia, on June 10, 1891, to Lethea Morris (born August 21,1869, in Fluvanna County, Virginia, daughter of Frank and Lillian Morris). As of 1909, they had three children: Claude Corbett King, a student at the Rose Polytechnic Institute; Harry Hansford King, a student at the Carnegie Institute of Technology; and Gladys Golden King, a student in the Charlottesville High School.

King died at his home on Preston Avenue [1] and is buried in Riverview Cemetery.