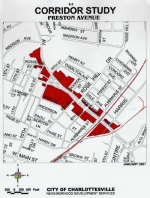 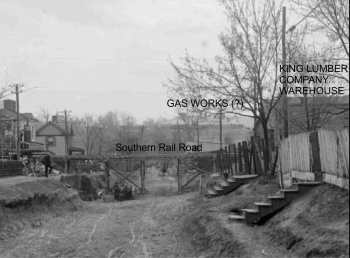 In 1939, Frank W. Hoffer, Sociology Professor at the University of Virginia, recommended to the city that Preston Avenue be widened before the new high school for white students opened before costs became prohibitive. City Manager Seth Burnley told the Kiwanis Club in November of that year that the road would be widened ten feet on the north side between the old Southern Railway tracks and High Street. [2]

In 2019, City Council voted to change the name to honor Asalie Minor Preston, an African-American educator who taught in segregated schools between 1922 and 1933.[3] 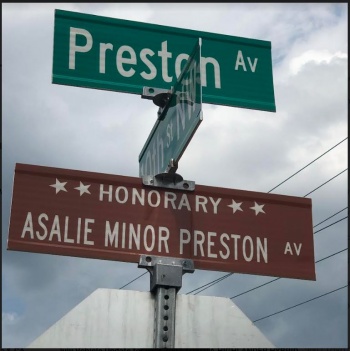 Note: In 1863, Thomas Lewis Preston, an ex-business owner, ex-Confederate officer, slaveholder and farmer, purchased a 102-acre parcel of farmland adjacent to the roadway then know as “Barrack road”. After the Civil War ended in 1865, Col. Preston divvied up small parcels of his land and gave them to his former slaves. A significant number of former enslaved who carried the Preston name, including the family of Asalie's husband, Leroy "Roy" C. Preston, owned and lived along the roadway.

Note: Referred to as “Barrack road” in the will of John H. Craven (1774–1845), the road ran out of the Town of Charlottesville, along his tract of 229 ¼ acres, towards the Albemarle Barracks. An entrance gate to his Rose Hill tract was at this road. Craven purchased the Rose Hill Plantation in 1820.

Repairs were made to the Southern Railway grade-crossing in March 1948. [4]