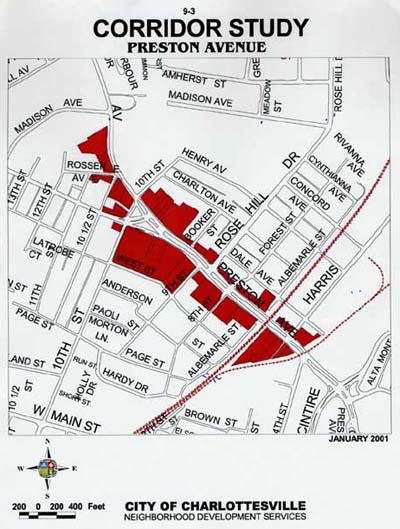 Preston Avenue was named in honor of Col. T. L. Preston (1812-1903), who was a slaveowner and operated a plantation in the area around the street. After the civil war, Col. Preston divvied up small parcels of land and gave them to people he previously enslaved, including Rives Minor, the father of Asalie Minor Preston.[2]

Repairs were made to the Southern Railway grade-crossing in March 1948. [3]

In 2019, City Council voted to change the name to honor Asalie Minor Preston, an African-American educator who taught in segregated schools between 1922 and 1933.[4]