City of Charlottesville Elected Officials include the City Council, Constitutional Officers, School Board and several other elected officials.

Members of the City Council

Members of the Charlottesville City Council serve four-year terms. The mayor and vice-mayor are chosen by the City Council to serve for two years.

The Constitution of Virginia sets out the five locally-elected officials commonly referred to as “constitutional” officers. [1]

Three un-elected offices are included among the “constitutional officers” as extensions of these five:

The Charlottesville City School Board is made up of seven members elected to at-large seats on November ballets. School board members serve four-year staggered terms that begin the following January. The chairperson and vice-chairperson are elected by the entire board to serve for one year.

State delegates and senators are elected to the Virginia General Assembly. 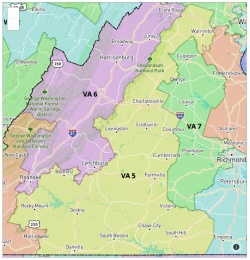 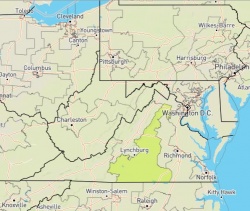 Congressional representative Denver Riggleman represents Virginia’s Fifth District in the U.S. House of Representatives which includes Charlottesville and the city of Danville as well as 18 entire counties and portions of 3 counties. Covering just over 10,181 square miles, the Fifth District is larger in area than six US states.

Senator Mark Warner and Senator Tim Kaine represent the Commonwealth of Virginia in the U.S. Senate