Difference between revisions of "Chip Harding" 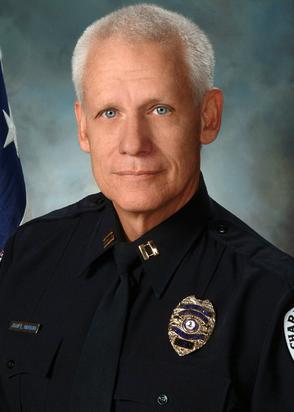 J. E. "Chip" Harding is the Sheriff of Albemarle County. As a Republican candidate, he ran unopposed in the 2011 election. His campaign messaging included using DNA to solve crimes and creating an inmate labor force.[1]

Harding graduated from Virginia Commonwealth University in 1973 with a degree in Social Welfare and worked as a probation counselor with Virginia's juvenile court system. In 1978, he became an officer with the Charlottesville Police Department. In 1989, Sergeant Harding was the first local officer ever selected to supervise a Federal Drug Task Force.[2]

Harding lives with his wife, Linda, in the Ashcroft subdivision on Pantops Mountain.