Amy Laufer resigned in early January 2019. The Board will make an appointment at its meeting on February 21, 2019.

There was a special election this year to fill the vacancy left by the resignation of Adam Hastings on March 3. [2] Applications to serve as an interim member until the November 6 election were taken through March 23. 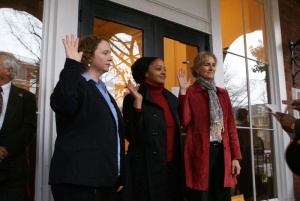