Prior to 2006, members were appointed by Charlottesville City Council. 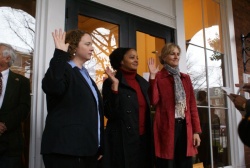