From Cvillepedia
(Redirected from Tom Foley)
Jump to: navigation, search 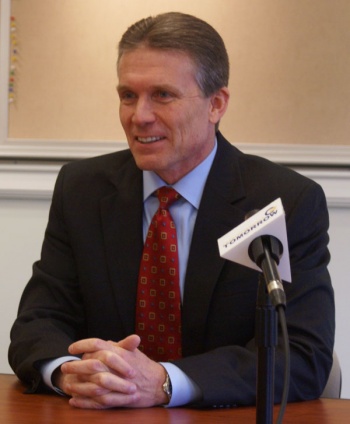 As county executive, Foley was the lead individual carrying out the decisions of the Albemarle County Board of Supervisors. In his various roles at the county, he has pushed for the county to adopt a strategic, forward-looking mindset, including a focus on a Strategic Plan and Five Year Financial Plan.[4] He also takes the lead in proposing a county budget that the supervisors debate and edit into the budget they eventually pass.

Foley was born in Boston, Massachusetts but raised in Dale City, Virginia. Incidentally, his counterpart in Charlottesville, City Manager Maurice Jones grew up in the same area and attended the same high school. As the son of a member of the military, Foley spent some of his young years on the Island of Guam as well.

Foley came to Albemarle in 1999 after being hired as the county's Assistant County Executive. As assistant county executive, he has overseen almost all departments in the county, excluding human services. He now lives in Crozet with his wife Lori, where he raised three children.[4]