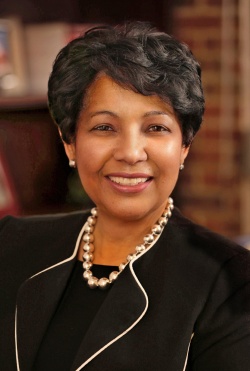 Dr. Rosa Atkins served as superintendent of Charlottesville City Schools from July 2006 to May 2021. [1] Atkins held the position for 15 years before moving into a leadership role with the state Department of Education. Acting Superintendent Jim Henderson came out of retirement to serve as the bridge from Atkins to her permanent replacement. [2]

On November 29, 2018, the CharlottsSchool Board voted unanimously to renew another four-year contract with Superintendent Rosa Atkins through the 2022-23 academic year. Her previous term of employment began in November 2016 and ended on June 30, 2019. [3]

Before moving to Charlottesville, Atkins was assistant superintendent of schools in Caroline County.