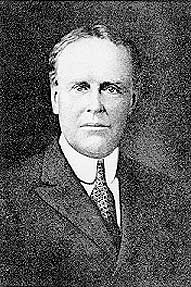 McIntire’s generosity to his hometown has shaped the community long since his passing in 1952.

John Hammond Moore introduced McIntire as follows in his book on the history of the Charlottesville-Albemarle area:

“McIntire attended the university briefly, worked as a messenger-clerk for the C. & O. Railroad, and then departed for Chicago and New York where he made a fortune in stocks and bonds. Returning to his birthplace in 1918, McIntire began distributing his wealth to local public schools, the University of Virginia, and his native city and county. In all, his bequests totaled $1,199,250; about one-half of this amount went to the university to promote cancer research and improve hospital facilities, establish a department of commerce and finance which bears his name, and build the handsome amphitheatre also named in his honor.” [2]

“McIntire gave the city of Charlottesville its public library and several parks and playgrounds...” [3]

During his career, McIntire's summer home was in Albemarle County. [4]

Paul Goodloe McIntire died on July 1, 1952 (aged 92) in New York and is buried in Maplewood Cemetery.

Other Places Named for McIntire

"The Chamber of Commerce established its prestigious Paul Goodloe McIntire Citizenship Award in 1975 to recognize outstanding citizen contributions to the greater Charlottesville area. The Chamber award is named in honor of Paul Goodloe McIntire, whose good will set a standard of service that others through the years have reached for while helping to weave a fabric of selflessness that continues to provide for our community and its citizens."[12]

In addition, the Daily Progress named McIntire as one of the distinguished dozen of the 20th century[13].