Oberdorfer's was a department store located in downtown Charlottesville in the 19th and 20th centuries located at 301 East Main Street .[1][dead link]

In the beginning of the 21st century, the original building became the home of Rapture and Vivian's'. 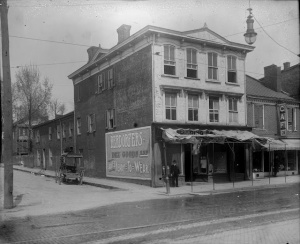 The Oberdorfers were a German-Jewish family that immigrated to the United States in the late 19th century. They moved to Charlottesville and opened a store at the northeastern corner of Third and East Main Streets. The business, managed by Philip B. Oberdorfer, moved into a new store at the same location in 1917. The building was purchased by W.T. Grant in the Great Depression (1929–1941).