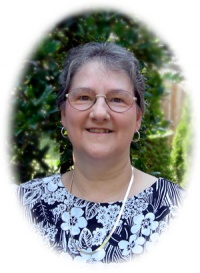 "Nancy Lambert was born in 1946 in Rocky Mount, Virginia. Although there was plenty of work to be done on her family’s farm, her parents put education first. Mrs. Lambert graduated from Franklin County High School, Ferrum Junior College, Radford State Teachers College, and the University of Virginia. She was recognized for honors work in all of these schools.

Mrs. Lambert taught second graders for a year and a half in Rappahannock County. She taught third graders, served as the Child Development Counselor, Curriculum Advisor, and Instructional Coordinator at Johnson Elementary School in her 17 years there. She was the Instructional Coordinator at Jackson-Via Elementary School for a little longer than 18 years. After working in elementary schools for a total of 36 years and 8 months, the staffs at Johnson and Jackson-Via Schools gave her a spectacular retirement party at the Omni Hotel in Charlottesville in October, 2006.

Mrs. Lambert attributes her success and longevity in education to her love of adults and children alike, the enjoyment she received from working at her particular job, her determination to complete a task to “near” perfection, and her focus on her career 7 days a week." [1]

For her service to students and teachers, Mrs. Lambert was honored with several special awards during her career, four of which were “Charlottesville-Albemarle Outstanding Young Educator” in 1972, Distinguished Service Award in 1984, and Distinguished Employee Awards at Jackson-Via School in 1993 and 2006.[2]

Jump for the Stars!