McIntire High School in Charlottesville was an Albemarle County school for white students built in the 1930's with assistance from the Public Works Adminstration. It is now the home of the Covenant School. [1][dead link]

The yearbook was known as the McChalva. [2] 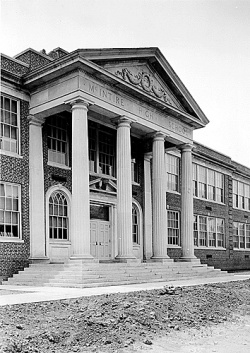 McIntire School was originally built and owned by Albemarle County.

When their School Board divested of the property in the mid-1970's, the Board of Supervisors was considering the vacant building for the administrative building, that needed a rezoning. City Council was concerned about traffic. A rezoning request was deferred on August 25, 1975. [3] City Council zoned the property as R-1 later that year. [4]

The yearbook's name is made up for the first couple of letters from McIntire, Charlottesville, Albemarle, and Virginia. [2] 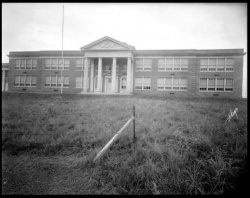