From Cvillepedia
(Redirected from List of streets and their namesakes)
Jump to: navigation, search

The following is a list of streets in City of Charlottesville and where there names are derived from.

Many of the names of these streets can be found on historic maps of Charlottesville.

The system of numbering the streets is somewhat similar to the Washington plan. Each block represents 100 numbers, whether heading east, west, north or south. The city is divided into four sections.[1]

Fifth – South of 500 W Main Street
First – North of East Main and East of North First, or Northeast
Second – South of East Main and east of South First, or Southeast
Third – North of West Main and west of North First, or Northwest
Fourth – South from 402 West Main
Sixth-and-a-Half – South from 606 Dice
Seventh-and-a-Half – South from 620 Dice
Main – The dividing line between north and south streets, runs east from First to C & O Lower Depot and west from First to University. The main Chesapeake and Ohio Railroad Station, being located under the present day Belmont Bridge.
First – The dividing line between east and west streets, runs north and south from Main to city limits.

From the book The Code of the City of Charlottesville, Virginia (1909) "General Ordinances" chapter:[2]

All streets maintaining comparative parallelism with Main Street shall retain their present names. The meridian street shall be Thirty-Third or Green Street, but shall be known as North First or South First Street, as indicated by its position north or south of Main Street.

Whether one goes east or west, the streets running so as to intersect Main, actually or by supposed extension shall be known by the natural numbers increasing in either direction from the meridian at First Street, save in the matter of Park and Ridge Streets. 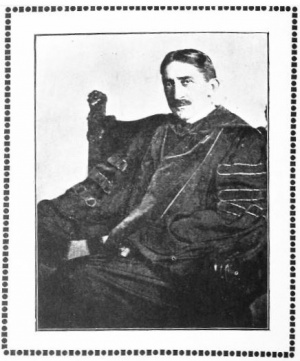 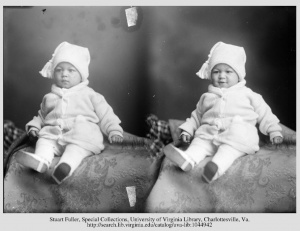 Robert Nicholas Burgess (1839 – 1911) born in Albemarle County, served in the Confederate States army from 1861 to 1865 in Company I, Forty-Sixth Virginia Regiment. He began farming immediately upon his return from the army and continued as a farmer and overseer in Albemarle County until April 1881, when he moved to Charlottesville and accepted a position as policeman;
John Anderson Burgess (1873-1948), moved to Charlottesville in 1898. 1890 opened general contractor business at 401-403 E Market Street; employed 20 painters, paper hangers, carpenters (residence listed as Woolen Mills Road, ca. 1914) 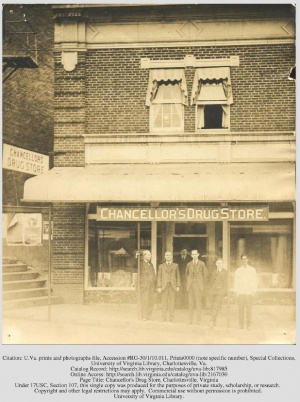 Chancellor's Drug Store at The Corner 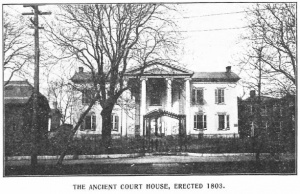 Albemarle County Court House. Located at the corner of Jefferson and Park St., this photograph actually shows the portion built in 1859-60. The rear, or north wing, dates to 1803. Source: Albemarle Historical Society 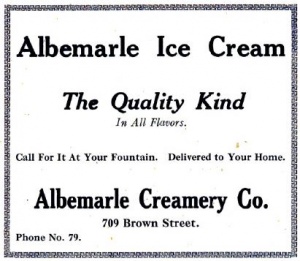 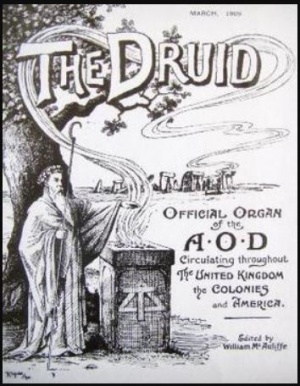 The March 1909 edition of The Druid, the magazine published by the Ancient Order of Druids. 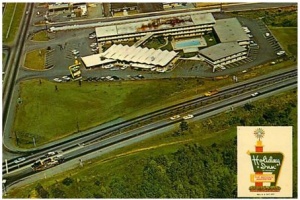 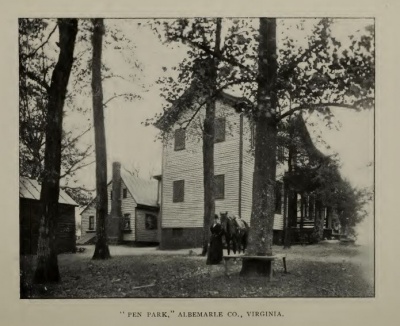 View of Pen Park Plantation House, ca. 1897. In 1777, Dr. George Gilmer purchased the land and his family owned it until 1800. Originally the estate consisted of four thousand acres; by 1897 all had been sold off save the six hundred acres immediately about the house. 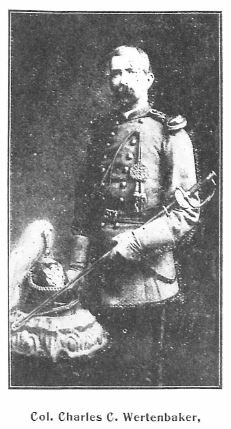 Colonel Wertenbaker was a Civil War veteran, having served in the 19th Virginia Regiment