From Cvillepedia
(Redirected from John Blair)
Jump to: navigation, search 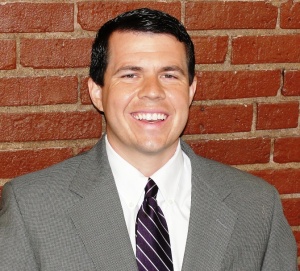 John C. Blair, II had the dual roll of serving as the City Attorney and the Acting City Manager for the City of Charlottesville.

Blair started his service in the City of Charlottesville as City Attorney on August 15, 2018. He was appointed as interim City Manager on September 13, 2020.

Blair was previously Albemarle County's Senior Assistant County Attorney. In that capacity, he served as attorney to the Albemarle County School Board. [citation needed]

Having accepted a position as City Attorney in the City of Staunton, Blair finished his final day as acting city manager on February 12, 2021.[1] He held the position for 104 days. Blair was replaced by Chip Boyles as city manager.