Dr. James Gibson Johnson (1871-1957) served as the superintendent of Charlottesville City Schools for 35 years. Johnson Elementary School on Cherry Avenue is named for him. [1] 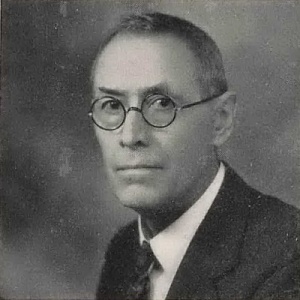 Johnson was born in Elk Garden, Russell County, Virginia. His father, C. W. Johnson, was a physician and Confederate veteran.

He received his bachelor's degree from Milligan College in Tennessee, then a Ph.D. in English from UVA in 1909. He then become Superintendent of Schools, holding that position until 1946.

He oversaw the construction of several schools, including McGuffey, Venable, Clark, Lane, and the initial part of what is now the Jefferson School City Center building for the newly-created Jefferson High.

In 1936, he edited and contributed to a detailed history of the Charlottesville schools that was published as a supplement to the McGuffey Readers. After retiring, he collected data on schools and teaching. [1]