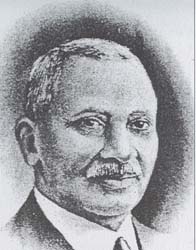 Inge was born in Pittsylvania County, Virgina. He was a teacher in Albemarle County for two years before opening a grocery store at 333 West Main Street. He was quoted to have said that he aimed "to live an upright life and do all I can to better the condition of my fellow man who may not be so well favored."[3]

George Pinkney Inge was born in Danville on February 10, 1859.[4] He graduated from the Hampton Institute in 1879 and moved with his family from Danville, Virginia, to Charlottesville to teach in the public schools. He taught at the Jefferson School on 7th Street for two years until it moved to the current 4th Street location.[4] On July 1, 1891 he went into business as a grocer. He was a member of the First Baptist Church.

In 1900, he was elected City Chairman of the Charlottesville Republican Party. He was part of the Cox delegation dismissed from the Luray Convention in 1922.[3]

Inge was known to be a close confidant of Paul McIntire and is said to be instrumental in the donation of the property for Washington Park. Booker T.Washington had attended school with Inge and their friendship continued through the years, with Washington staying with the Inge's when he visited Charlottesville.[5] 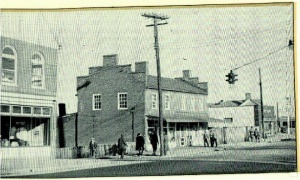 As the Vinegar Hill area developed into an African-American business and residential district, Inge's grocery stood at its center as an important commercial and social establishment. For a time, Inge's Store was the only place in Charlottesville to sell fresh fish.[4] Inge's supplied the Clermont and Gleason Hotels, the Dolly Madison Inn, and the University Hospital, as well as fraternities and private homes.[4]

In 2004 the City of Charlottesville unveiled a historical marker in front of the 333 West Main Street location honoring the significance of Inge's Grocery.[4]

The Albemarle Charlottesville Historical Society has a ledger from the store in their collections.