Virginia is a Dillon Rule state - as opposed to a Home Rule state - which means that its localities and governing bodies can only take action where they have been delegated authority to do so by the Virginia Assembly.

Adopted in 1896 by the Virginia Supreme Court, the Virginia General Assembly has delegated broad authority to local governments to establish comprehensive plans and zoning ordinances in order to guide the use and development of their land. A locality creates a Comprehensive Plan to provide a general "blueprint" for future community growth and development, which is implemented through zoning ordinances. Through these ordinances, local governments divide the community into districts (or zones) and then specify the particular uses and development patterns that are permitted in each district.

The principle, known as the Dillon Rule (also referred to as “Dillon’s Rule”), is a rule of strict construction – if there is a reasonable doubt whether the legislative power exists, the doubt must be resolved against the local governing body. [1] The General Assembly has defined in state law which authorities have been delegated from the state government to all jurisdictions of a particular category.

State-enabling authority is silent as to the method in which a locality can execute its granted power as found in a number of statutes, including Va. Code § 15.2-2280 concerning zoning ordinances. This statute broadly enables localities to "regulate, restrict, permit, prohibit, and determine" the use of land and structures, leaving the choice of implementation up to the locality, as long as the method chosen is reasonable.

Albemarle is among the majority of counties in Virginia authorized to levy a food and beverage tax at a rate of up to 4 percent with the approval of the voters by referendum. The referendum may be certified for the ballot by resolution of a county board of supervisors or by a petition signed by at least 10 percent of registered voters. Five counties in Virginia have been statutorily exempted from the referendum requirement and can adopt meals taxes by ordinance (Arlington, Frederick, Montgomery, Roanoke, and Rockbridge Counties). However, town and city councils are not subject to the 4 percent cap and have been granted the right to levy meals taxes through ordinance rather than referendum.

Who was Dillon and where did his rule come from? 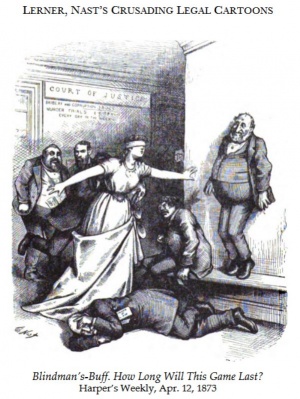 John Forrest Dillon was the chief justice of the Iowa Supreme Court in the mid-1800’s. The rule itself is the result of Dillon’s distrust of city government. By the 1860s, cities had become not only inefficient, but corrupt. Graft, in the form of kickbacks, was rampant for many public works and public utility projects, including the railroads. It was the era of “Boss Tweed” and the Tammany Hall gang who reportedly swindled between $75 and $200 million from New York City between 1861 and 1875.[2]

Understandably, Dillon did not trust local government and wrote in his book, "Commentaries on the Law of Municipal Corporations," (1911)[3], the usefulness of our municipal corporation has been impaired by evils that are either inherent in them or that have generally accompanied their workings. Some of these may be briefly indicated:

The Application of Dillon Rule in Virginia

While Virginia is considered one of the stricter Dillon rule states, the Brookings Institution study[5] shows that 31 states operate under Dillon’s Rule while 10 states do not abide by it. In addition, 8 states practice Dillon’s Rule for certain types of municipalities and the one remaining state (Florida) has conflicting authority. Brookings also ranked the 50 states by the degree of local discretionary authority, and, surprisingly, Virginia ranked 8th in the composite (for all types of local units), 9th for cities only, and 13th for counties only.[6]

Virginia is one of a limited number of states that follow the Dillon Rule and the rule continues to stir debate. Some complain that the rule continues to bind the ability of Virginia’s localities to respond to the priority needs of their localities and regions. The Dillon Rule limits a local governing body’s ability to address local issues using local strategies exercised under its police power. As a result, a locality’s ability to address local issues is at the mercy of the General Assembly unless a means to address the issue has already been enabled. A locality’s governing body does not have broad general authority to adopt whatever ordinance it deems appropriate or desirable. [7] On the other hand, the Dillon Rule has the effect of assuring, at least to some extent, a certain amount of consistency for those who deal with Virginia’s localities. The Virginia Chamber of Commerce has stated that the Dillon Rule “represents a positive tradition of legislative oversight” and encourages economic growth through a consistency in laws throughout the state.”

The "Land Use Law Handbook" [8] was created to be used by Albemarle County officials as a resource for dealing with land use issues and is published online as a convenience to citizens. As noted on the Counties website, the Handbook is for informational purposes only and does not constitute legal advice. The Handbook is maintained by the County Attorney's Office, and was originally issued in November 2001. The Handbook was last comprehensively revised in July 2015, and is periodically amended as referenced.