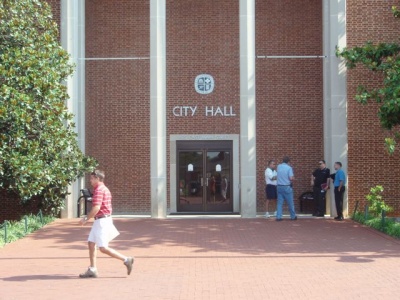 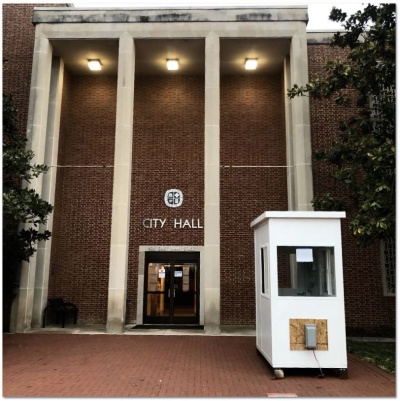 The building houses administrative offices for the City of Charlottesville, and is the location for City Council, Planning Commission, and other public meetings and hearings.

The building was designed by the local firm of Grigg, Wood and Browne. [1]

Since 1978, the basement floor has been the home of the Charlottesville Redevelopment and Housing Authority (CRHA). [2]

Soon after his arrival, City Manager Tarron Richardson indicated he wanted to study the feasibility of moving the city's administrative headquarters to a new building. This was announced at a City Council retreat in late July 2019. [3] A request for proposals was issued for the study in mid-October, but canceled two days later; the idea was not present in a draft capital budget presented on November 13, 2019. [4] 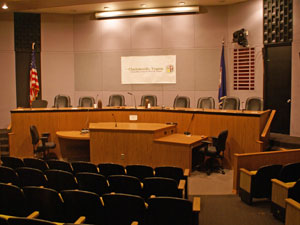 Offices and Facilities located at city hall and their corresponding floors 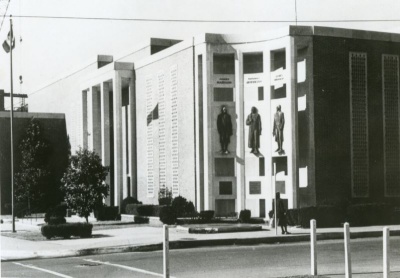 Built in 1852 as a Farmer’s Bank, it was later the home of Thornley family before the Town of Charlottesville purchased it in 1887 for use as its municipal headquarters. It was torn down shortly after the opening of the new City Hall in 1969. Source: Albemarle Historical Society, 1999. 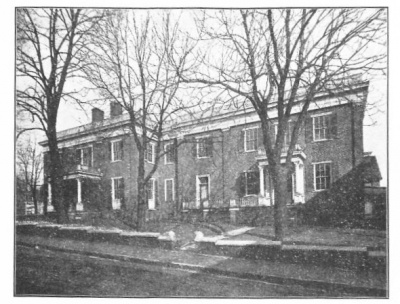 Municipal headquarters (1887-1969), ca. 1905. This building stood at the corner of 5th Street, NE and E. Market Street, where the city parking garage is now located. The retaining wall in the foreground and tree were left standing when the building was torn down.