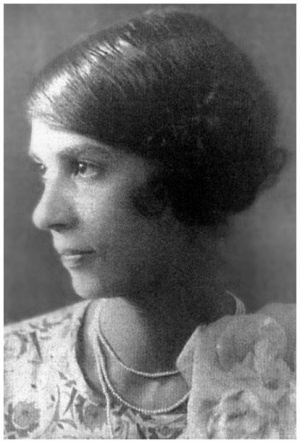 Asalie was born Asalie Annette Minor on December 7, 1903 to Rives C. Minor and Elizabeth Curry Minor. Her sisters were Glenna, Bernice & Mabel. Their father, a former slave, was a teacher, farmer and astute businessman.

Rives Minor had been one of the slaves belonging to Col. T. L. Preston (1812 - 1903), who had a large farm plantation on the outskirts of Charlottesville in what is now referred to as the Preston Heights neighborhood. When the Civil War ended, Col. Preston divvied up his land and gave small parcles to his former slaves. [2] According to Asalie, many of Col. Preston's former slaves couldn't make a living on the acre or so of land that he had given them. They would usually just abandon it and go to places like Washington, West Virginia and Philadelphia to find work.

In 1922, Asalie followed her father's footsteps into teaching. She earned her teaching degree in 1936 from St. Paul’s College in Lawrenceville, Virginia.

Leroy was born on January 8, 1902 in Kingston, New York to William "Willie" Preston and Mary Spinner Preston. Sometime before his sister Ida's birth in 1907, the family moved from New York to Charlottesville. Leroy's mother later married Charles B. Holt (1872 - 1950).

After the death of Roy's stepfather, Charles B. Holt in 1950, Asalie and Roy lived in the "The Rock House", an Arts & Craft style residence situated at the intersection of Preston Avenue and Rosser Avenue directly across from Washington Park. Constructed by Holt in 1926 of Rivanna River rock, the structure would later be restored in 2006 and referred to as the C. B. Holt Rock House.

Leroy Preston died in 1958, leaving the house (in life estate) to his wife Asalie and her cousin, Tracie Tyler.[5]

The financial foundation of the Minor Preston Educational Fund was created largely from money that came from the sale of property once owned by Minor. Lloyd Smith, who served as Preston's attorney, was instrumental in the creation of the fund and handled the sale of some of the land. "Asalie told me that many of Col. Preston's former slaves couldn't make a living on the acre or so of land that he had given them," Smith said. "They would usually just abandon it and go to places like Washington, West Virginia and Philadelphia to find work.