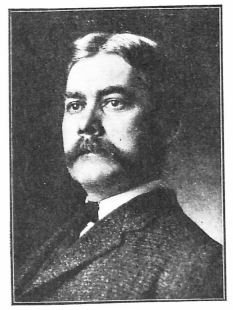 Alpheus Valentine Conway (April 30, 1861-August 31, 1940), former mayor and prominent in both in civic and business life of Charlottesville, played an important part in the early development of city life in the turn of the twentieth century. Best known by his civic career, Conway served the city as councilman, alderman, elected at-large mayor, business manager, assessor, judge of election, and other capacities.[1]

Elected by the voters in the 1912 election, Conway occupied the position of Mayor and Business Manager of Charlottesville. He officiated as executive Mayor for one year, from September 1, 1912 to August 31, 1913. On September 1, 1913, the form of government changed, and he was made Business Manager as well as Mayor, elected as such for one year, and re-elected at the end of that time for two years.

Conway was Mayor and business manager of Charlottesville in May 1914. [3]

Alpheus V. Conway died in Charlottesville at the age of 79 years and was buried at Oakwood Cemetery. His wife, Fannie F. (Eubank) Conway, survived him.