The 58th District of the Virginia General Assembly represents portions of Albemarle County as well as parts of Fluvanna, Greene, Orange and Rickingham Counties.

The General Assembly is a bicameral body consisting of a lower house, the Virginia House of Delegates, with 100 members, and an upper house, the Senate of Virginia, with 40 members. Combined together, the General Assembly consists of 140 elected representatives from an equal number of constituent districts across the commonwealth. The Virginia House of Delegates District 58 represents portions of Albemarle County as well as parts of Fluvanna, Greene, Orange and Rickingham Counties.

"The Epic Virginia Redistricting of 2011" is a saga reminiscent of those never-ending novels we read in high school. Think "An American Tragedy," "War and Peace" and "Great Expectations." You want to reach the end, but each page turned seemingly leaves you in quicksand. It's a type of literary purgatory; Kafka would be proud.[3] 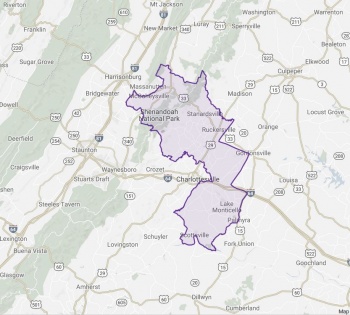 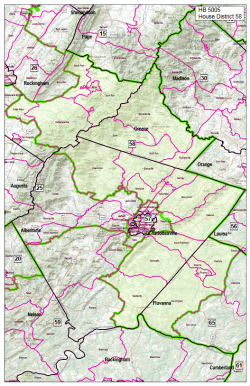